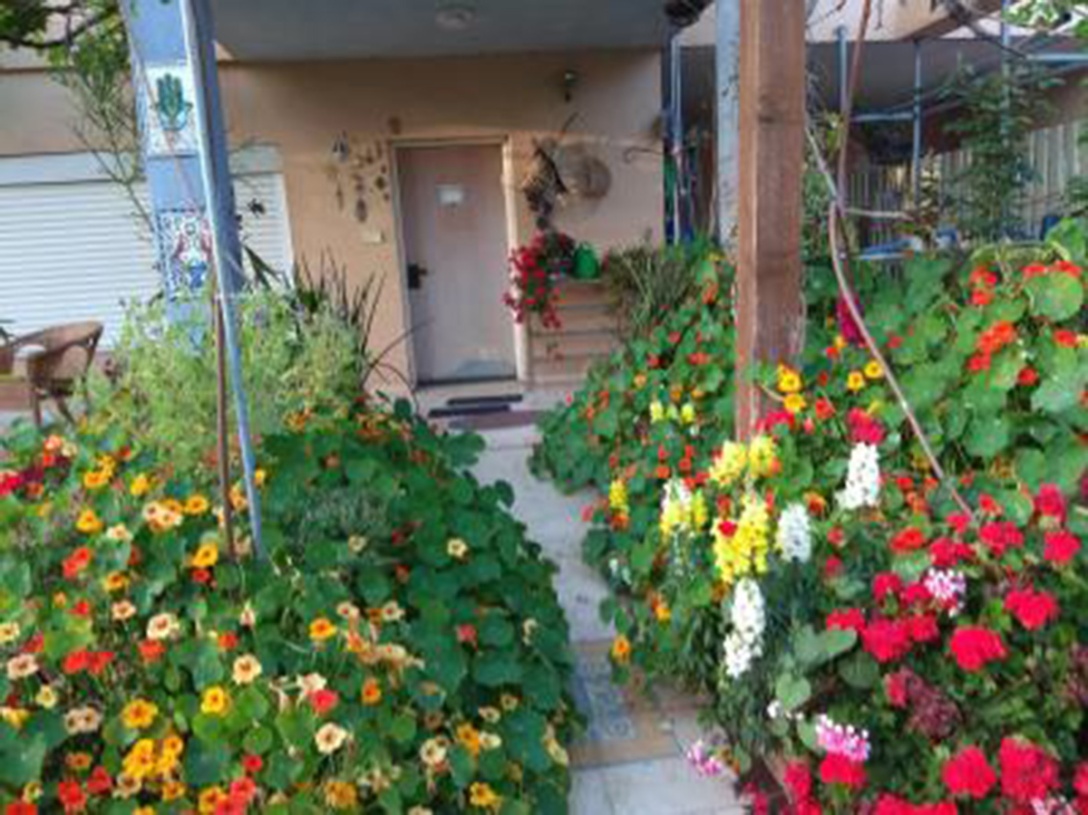 Irena was transferred in 1939 to the newly founded settlement of Beit Ha’aravah – “The House in the Desert” — on the shores of the Dead Sea. The only other outpost of civilisation in this wilderness where the Bedouin roamed was the Potash Company premises. The sandy desert road from Jerusalem led past the Potash Company for two or three miles to the newly established kibbutz of Beit Ha’aravah. Here, in the hottest part of the Middle East, in a landscape of unbelievable aridity and unrelieved mournfulness, young men and young women were attempting to work valuable potash deposits and establish agriculture.

There were no longterm buildings at the kibbutz as there had been at Ashtoth Yakov. Here everybody lived in tents and permanent huts were a long way off, for each kibbutz was charged to become self-supporting in the quickest time possible. The interiors of the tents at Beit Ha’aravah were carefully looked after by the kibbutzniks and soon, with floorboards, home made cupboards, chests of drawers, all sorts of decorations, and partitions in the larger tents, they began to resemble real homes inside. To the outside eye they were nothing but huddles of canvass.

Everything was done on a communal basis. The work was hard and mostly manual. There was little attention paid to the segregation of the sexes. Clean clothes were drawn from the communal laundry once a week. If they fitted, that was good. If they didn’t fit, one made do as best one could. The single object of the kibbutz at this time was survival. Night attacks by hostile Arabs were frequent. As little reliance could be placed on the Palestine Police, who would normally always have arrived too late to prevent a massacre, the “pioneers”, after a day of back-breaking toil, stood guard around their settlement. Irena took her turn on these guard duties, her rifle held tensely, her ears alert for the slightest sound, eyes strained for the tiniest movement.

At first the kibbutz could not afford a watchtower and searchlight. Therefore exchanges with marauding Arabs often became a hit and miss explosion of rifles into the surrounding darkness. Despite the apparently disorganised nature of these encounters, the kibbutzniks sustained fatalities and casualties from wounds. This was the common pattern amongst kibbutzim all over Palestine at this time as rifles crackled at night and searchlights installed in the watchtowers quested around in the darkness for advancing Arabs.

Death at other times came unannounced, and with frightening suddenness. One day Irena was fishing in the River Jordan with a sixteen years old youth who was well known for his habit of whistling Strauss waltzes. They knew each other well, for they had escaped from Germany on the same refugee train. Suddenly a shot was fired from the bushes on the opposite bank and Irena’s companion fell dead. Terrified, she ran all the way back to the kibbutz, zigzagging in case the unseen assassin should draw a bead on her.

At night the closest guard of all was maintained around the crèche where the babies slept. For these Israeli-born “Sabras” were the country’s most valuable immigrants. Palestine – or preferably Israel – would be their country and their home. The ancient Hebrew speech, the language in which the Bible was written, would be their native tongue. Knowing nothing of anti-Semitism these young Jews – from the blue eyed blonds of northern Europe to the brown eyed olive skinned people of the Yemen – would face the world completely confident of themselves, unashamed of either their religion or their origin, bowing their heads to nobody.

On the outbreak of war in 1939, all the kibbutzim called for volunteers to join the army and fight against the Axis powers. The response was enthusiastic and many thousands of young men and women flocked to join the British forces. Irena was still too young to volunteer, and stayed at her kibbutz. However, towards the end of 1942 she could no longer put up with the long hours of labour, the continual denial of self, the lack of personal possessions extending even to the clothes which one wore and exchanged at the communal laundry every week. She had worked for no wages for over four years to advance agriculture in the Jewish homeland. Four years’ unpaid labour was enough!

Here, in 1943, some months prior to her twenty first birthday, she volunteered for the British Army and became a member of the Auxiliary Territorial Service — ATS for short. In her army paybook her nationality was noted as “Russian”, the reasoning being that if by some mischance Hitler won the war, or Rommel with his Afrika Korps panzer divisions swept through from Egypt to Palestine, any person in the British Army shown as a German national would immediately be shot for treason. With most of her family exterminated in concentration camps by the Nazis, there was no way Irena felt she was committing treason. Rather she was pleased to be of help in paying back in their own coin those responsible for the cold blooded murder of countless innocents whose only crime was that their ancestors had professed the wrong religion.

She signed up at Sarafand Cantonnement, where she underwent a short period of training. She was then sent to Egypt, where she worked in a munitions dump at Tura, an Arab village just outside Cairo. Subsequently she served briefly in Italy, then in Egypt and Palestine as an interpreter.

During the war she had learnt that her mother Berta had escaped to England and remarried, a London furrier. In 1945 Irena was allowed to take 28 days’ leave in England on compassionate grounds, for she had not seen her mother for eight years. Berta’s new husband pulled as many strings as he could when Irena arrived, and she was demobilised in London, once again on compassionate grounds.

I met Irena at her bed-sitter in North West London about a year after this happened.