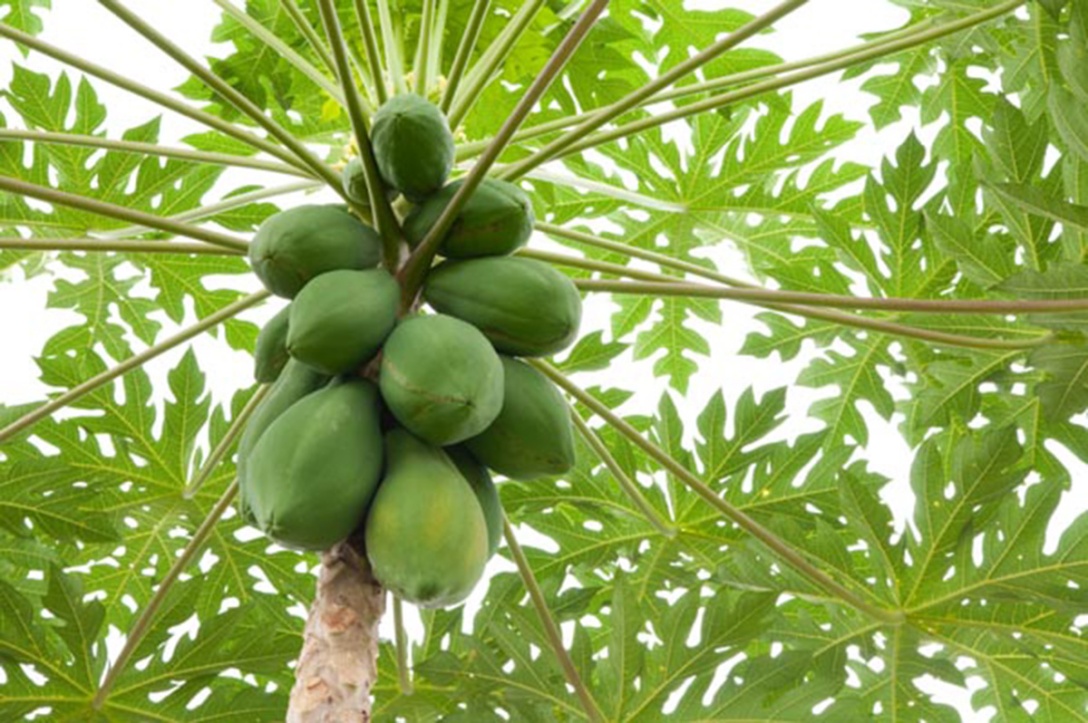 I had gained maximum experience from Eurobodalla Shire. However with the appointment of the new Deputy all promotion was blocked for me. I wrote away for a job as “B” grade clerk at Tweed Shire Headquarters at Murwillumbah. I would drop a grade, but Tweed Shire was a big undertaking, and I hoped to gain more experience in the costing and plant side as well as some knowledge of mechanised accounting. I also thought that should I get stuck there, it would not be a bad town for the family, being in close proximity to the Gold Coast and Brisbane. I was accepted without interview, and set off to drive six hundred miles north, leaving Irene and the children in Moruya until she could organise furniture removal. This was what deterred people from moving around more in those days, I am sure – the high cost of removals.

I set off on Friday afternoon, and felt very uneasy about the car from the beginning. It just didn’t feel right. I got to Wollongong in the evening, and as night fell, started to climb the steep ascent of Bulli Pass. The engine got weaker and weaker, and finally conked out altogether when I was about a third of the way up the pass. I was unaware of it at the time, but the old fashioned timing had slipped. Of course, it was such an old and worn out engine that it probably wouldn’t have made it anyway. Now I was truly in strife, and I was only pleased that Irene and the children were safe and sound and probably asleep in Moruya.

After a while I heard a car coming down the pass accompanied by much singing and shouting and merriment. I stepped out into the dark road to halt it. Three young fellows had been celebrating somewhere, but they were only too happy to get out of their vehicle and give me a hand. They physically lifted my car and pointed the front end downhill back in the direction of Wollongong. Unfortunately the exhaust once again fell off in the process, but this had now become a minor matter. So I taxied downhill, the engine creating a tremendous noise every time I touched the accelerator. At the bottom of the pass the road became a series of gentle rises and falls into the centre of town, but I found that although the engine roared like a bracket of bofors guns when I put my foot down, I could barely make it over each gentle rise, so weak was the pulling power of the engine. I therefore drove into the first service station I came to and begged for help.

It was at this stage that I suddenly realised that when I stopped, the car seemed to behave like a concertina and actually seemed to draw itself together and stretch itself out. On closer examination I found that the chassis of the car had been broken in several places, but some previous owner had bolted the bits and pieces together. The bolts now seemed to be coming loose. It was suddenly very clear to me that not only would I not get to Murwillumbah in this car, but that I would not even get to Sydney without the whole mess collapsing somewhere en route.

I was now in a near panic. My wife and children were in Moruya, under notice to quit their residence. I was in Wollongong late on Friday night with a heap of a car fit only for the junk yard. I had to get up to the Queensland border and start work on Monday morning, and I had very little money.

I finally arranged with the service station proprietor that he would garage my car until I could make suitable arrangements. In addition, for five precious pounds, after he closed his business he would drive me to Caringbah, on the outskirts of Sydney. At Caringbah – Taren Point, to be exact – I looked up my old friend Lionel, whom Irene and I had met on the Ranchi when we were all migrating to the promised land of Australia. It was one o’clock in the morning when I got Lionel and his wife “Johnnie” out of bed. But when I told them the nature of my problem, they were only too pleased to help.

We arranged that in the morning their son-in-law, whom I knew, and who had a powerful old Chev, would take his vehicle down to Wollongong and physically tow me and my old car back to Lionel’s place. Lionel would then store the Morris in his own back garden until we could do something about it. This would enable me to catch the train to Murwillumbah and start work Monday morning. It is certainly good to have friends. Four years before, I had helped Lionel to dig out the foundations for his house. I had laid bricks for him and helped him stand up his frame. I must have cast my bread upon the waters, because he certainly saved my bacon on this occasion.

We stayed at Murwillumbah for one year.

I think that our arrival in this town was our low point. For a few terrible weeks I had a feeling of absolute failure. The capital we had gained from the sale of our house in Caringbah had been eroded by the purchase of an old bomb of a car and two furniture removals over substantial distances. I had had two jobs in one year and suddenly seemed to be very unstable. Prices were rising everywhere and I was no longer sure of my touch. I had had two years of miserable lack of success at my examinations, although I believed that I had worked to the maximum. I questioned the wisdom of leaving Sydney. I even questioned the wisdom of coming to Australia. I questioned my own ability.

We were staying in one of four Council flats at Tumbulgum on the banks of the Tweed River just out of Murwillumbah. It was a picturesque location, but the flats were old and the haunt of immense cockroaches, which hid behind the picture rails and skirting board and disgusted us. We decided to build again.

We bought a block of ground on the top of the ridge overlooking the town of Murwillumbah in one direction and with a beautiful view up the Tweed Valley in the other. At the end of the valley one saw Mount Warning, so aptly named by Captain Cook as it lifted its unmistakable crest into the sky. On either side of the valley, lovely, orderly banana plantations climbed up the slopes, presenting a scene of marvellous sub-tropical beauty. Only a short distance from the town pineapple plantations stretched themselves across paddocks of volcanic red soil. Paw-paws grew like weeds. Sugar cane was everywhere.

In Sydney, Lionel had got rid of our car for sixty pounds, and sent us up the money with great promptitude, which I much appreciated. The car was such a wreck that I would have thought myself lucky to get forty pounds for it. A spring had collapsed, and he had actually had to weld it before getting rid of the vehicle. (Imagine a welded spring!)

I drew up plans and specifications for a house, copying the plans out myself laboriously several times to save money with pen and Indian ink kindly supplied by the Building Inspector. But now I had difficulty in finding a builder. We finally ran someone to earth who could start building in a couple of months. The house was lined inside and out with fibro, again to save costs. I was to paint the interior myself. Despite all these machinations, I was still fifty pounds short after I had borrowed the maximum amount of money that the local branch of the Rural Bank was prepared to lend me.

Back in Sydney, I had bought Irene an electric sewing machine, another one of those luxuries which my mother had aspired to, but had never been able to obtain – she had thought herself lucky to get a treadle model. Irene now sold her sewing machine for exactly fifty pounds, and we were in business.

I now went up to our block – on top of the hill in Myrtle Street – every weekend to clear it, for it was completely covered with lantana. Patricia came with me, while Irene looked after Peter, still a very small boy, in the flat at Tumbulgum. Patricia wandered around picking flowers and sunbaking while I wielded a brush hook and mattock and rolled large amounts of lantana a hundred feet and more downhill behind us. It was only later that I discovered that this area was a breeding ground for black snakes. A tree in front of the block harboured amongst its roots a family of a dozen snakes. They went squirming in every direction when we subsequently had it snigged out. Immediately across the road, in a mess of lantana, a cross-bred terrier used to come down every day and catch himself a black snake. These reptiles were extremely venomous, and had I known of their close proximity, I certainly wouldn’t have brought Patricia with me, and would have been much more careful myself when clearing the block.

However, clear the block we did. Our house went up, and within about eight months of coming to Murwillumbah, we had moved in. The house was perched on thick wooden “stumps” about six feet high. These were anchored into a huge slab of concrete, which became an open air laundry. It was my intention to enclose this when I got some money. I now began to landscape the front garden and to lay down a huge concrete driveway between the house and the road. All the concrete was mixed up by hand, and by the time the job was finished, I felt finished too.

I was still studying for my Town Clerk’s certificate by correspondence, and this time went for my examinations to the Murwillumbah High School, under the supervision of one of the local teachers. I took several subjects at the same time. If I succeeded in all of them, I should have obtained my ticket, but in view of unsatisfactory results in previous years, I was not very confident. I had now had considerable experience, and knew what I was talking about. However, the exams were becoming more difficult with every passing year, and I was sure that there was a deliberate attempt to limit the number of successful candidates. When I had finished, I felt that I had done a good job. But I had felt like this on previous occasions, only to find my optimum rudely shattered when the results came out.

I forgot about the exam, and turned my attention to the house and garden. I planted some paw paws, and they grew like Jack’s famous beanstalk. Everything grew in this steamy, tropical climate.