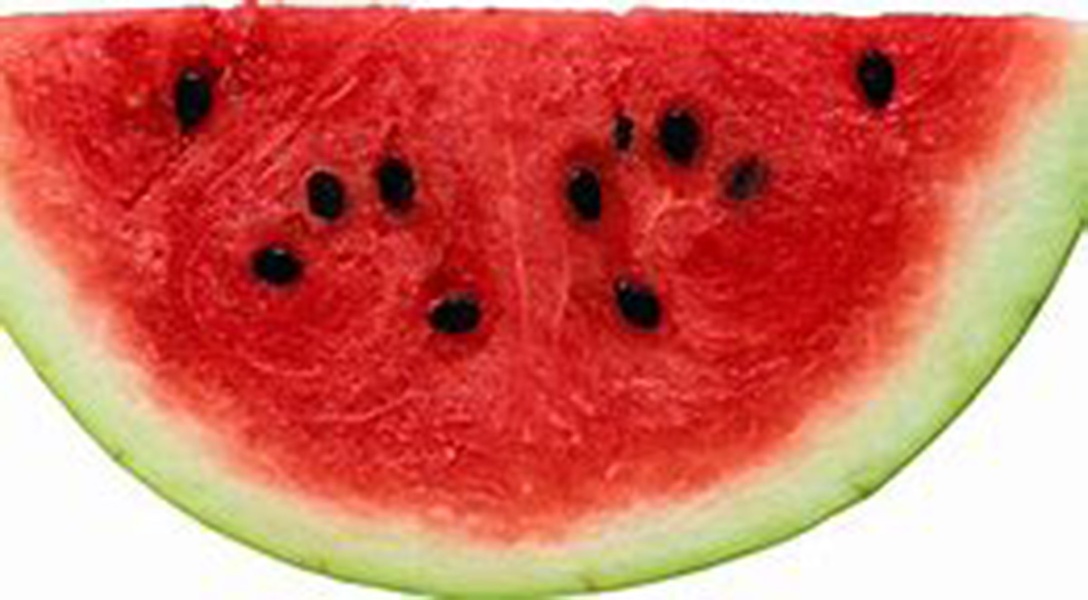 It was borne upon me as time went on that throughout the Christian era, the Jews had had an incredibly hard time, most particularly in Europe. The Second World War was possibly the hardest time of all, and barely a family existed in all Europe that had not been decimated as a result of Hitler’s orders to resolve the so-called “Jewish Question” by sending six million innocent men, women and children to the gas chambers and incinerators for the mortal sin of professing the wrong religion.

It was to save the remnants of these tortured communities and to make sure that such a holocaust never occurred again that the leaders of Jewish Palestine wanted the British to allow increased immigration. Bevin, the Labour Foreign Minister of the time, to his eternal discredit, actually turned immigrant ships around and sent their occupants back to those dreadful concentration camps in Europe of which they were the sole survivors.

This was why, that night when my train stopped in the middle of Sinai, near Gaza, British troops were searching soldiers of the Jewish Brigade who had fought beside us in the war – because they might have been members of the Haganah, the secret Jewish army dedicated to the removal of the British mandate which was strangling the already tortured Jewish community. This was why, in later years, when I returned to Israel, people spoke to me of the British Mandate in terms of disgust as “The British Shame”.

These things I was to understand more fully at a later date as realisation dawned on me.

The Christian religion is basically an intolerant religion, for it postulates that only those who accept its tenets may be saved. Yet it is based upon the same Bible on which Judaism erects its principles, excepting, of course, the New Testament. I often wonder if it would help matters were that Christian clergy to make a point of emphasising that Christ was a Jew and a rabbi, and that he was killed by the Romans, not the Jews. Furthermore, that the Ten Commandments were brought down from Mount Sinai by Moses, the Jewish Patriarch, and are of equal importance to both Jews and Gentiles.

My own view is that all our religions have failed in one way or another — and I regretfully have to include Judaism – because in the final analysis they elevate belief in some dogma or another over the most important fact of all, the fact of mankind’s common humanity.

After the search of the Jewish soldiers had finished, our train began to move, and within an hour we reached Gaza, a lost little outpost, where I was the only one to alight. A tumbledown cabin, threatening to collapse at any moment, seemed to serve as some sort of an office. I inquired through an opening if anybody knew anything about me, and of course, nobody did. After a few minutes, the person in charge of the office, a young soldier whose khaki shirt tails flapped carelessly outside his shorts, decided to telephone the unit which I was supposed to join. Not less than a quarter of an hour afterwards I heard him asking someone to send transport to pick me up. He then informed me that I would have to wait four hours before my truck arrived, so I sat resignedly down on my kit, feeling the sun get hotter and hotter, and the sweat begin to seep into my shirt.

I dozed off, dreaming about a farm in the Argentine, which I had once had hopes of buying after the war, after winning the Irish Sweepstakes, of course. Suddenly a distant noise brought me to wakefulness. At the bend of the black ribbon of bitumen stretching across the yellow, sandy countryside, a jeep turned suddenly into view. When it drew up, I asked the driver and his armed escort what time it was.

Not bad. I had only waited three hours.

“Pile your kit into the back, chum,” said the escort, who sat next to the driver.

“Sure. Do you always go around armed to the teeth like that?”

The soldier fingered his Sten gun. “Orders. Terrorists knocking about. Every driver has to have an armed escort.”

I climbed on the jeep. I say “on” because by the time I had stowed my kit behind the two front seats, the only place left for me was on top of it. There was a grinding of gears and a sudden rocket-like start which nearly threw us all into the road. Typical! Even if the soldiers hadn’t been wearing red berets, I would have known I was back in the Airborne Div. Then we began to hurtle through the countryside.

This part of Palestine was very attractive. The earth gave one the impression of dryness, yet everywhere there was green. Great green cacti often bordered the route, enclosing orange groves whose oranges were at this time still quite small, and of the same dark green as the foliage surrounding them. Sometimes we passed an open yellow space next to a collection of clay dwellings, where Arab boys crushed corn by means of a small platform harnessed to heavy, patient oxen. Elsewhere men separated the wheat from the chaff by the age-old method of tossing everything into the air and letting the wind carry away what was not wanted. Arab women passed by, hips swaying, with a tall pitcher, a watermelon, or some bundle or other balanced on their heads. The women here were better clothed than their counterparts in Egypt. Long robes, often many-coloured reached almost to the ground, greatly contrasting with the drab tatters of the Egyptian peasant woman, and the veil was rarely worn. The galabieh of the Egyptian peasants was rarely in evidence here. Most of the men wore overcoat-like garments, somewhat shabby slacks, or trousers which were tightly fitting in the calf and baggy in the seat.

The relative wellbeing of these Arabs and the green of the countryside were all the more striking after the dirt and sterility of Egypt. In Egypt, every village had been dirty and dusty. Here, there was verdure. The roads were excellent, although inclined to be a little narrow. Even the houses of the Arabs, made of clay like those in Egypt, but thatched like old English cottages, seemed cleaner and far more attractive as they nestled snugly just off the road. Much of this superiority in living conditions stemmed from the efforts of the Jewish pioneers to improve what had been a most inhospitable land.

We eventually reached the headquarters of the Sixth Airborne Division, where I spent the night, met several comrades from the old First Airborne Division, and made additions to my kit. The next day I went to join the Second Parachute Brigade at Sarafand Cantonnement, an immense camp of tents and barracks – almost a town of its own – between Tel Aviv and Jerusalem.  On the second day of my stay here, the garrison was called out to Tel Aviv to trace two British officers who had been kidnapped by terrorists. I tried to do a deal with the sergeant major, known to us as “Slapsy”, but was unsuccessful, and found myself left behind in the camp on duty in the Signal Office. A day and a half later the men returned, having succeeded in winkling out neither the kidnappers nor the kidnapped. They had, however, discovered several arms caches. One of them was under a barn, one of the pillars of which served as a ventilator. Another was beneath a children’s playground in which kiddies danced around a maypole, each one taking a cord dangling therefrom. As these children danced in a circle, each with his cord, a small fan was set in motion, and this assured a circulation of air in the underground cache.

The Jews in Palestine were aware that the British Mandate was drawing to its close, and that when it did the might of the surrounding Arab nations would be turned against them and they would need every weapon they could get to defend themselves. The imagination of the British never extended that far. We saw the matter only in terms of “Terrorists” arms caches whose weapons might be used against us. Due to our restrictive immigration policy, of course, they sometimes were.

The modern all-Jewish city of Tel Aviv was out of bounds to us. At this time, however, I was more concerned with visiting Jerusalem, which was only thirty miles away. Jerusalem was not out of bounds, but it was extremely difficult for a soldier to get there, either by ‘bus or by hitch hiking, because we were so far from the main road. Furthermore, it was a strongly enforced rule that we should go out in threes at least, and never without arms. Thus it became a question of finding two other people as anxious to go to Jerusalem as I was, who had enough money to make the trip, and who were off duty on the same day and at the same time as I. There were so few people in our Signals Section that it was hard to fulfil these conditions. Then, to clinch matters, two days after the raid on Tel Aviv, we began to prepare to move camp. No more passes, came the order, until the removal of the entire camp, lock, stock and barrel, was complete.

So we transported ourselves three miles away to Bir Selim, just outside Bir Yakov. This small Jewish colony, even further away from civilisation, consisted chiefly of half a dozen bistros with signs outside in square Hebrew characters. It seemed that after travelling a quarter of the way round the world to Palestine, I was not yet to be able to visit Jerusalem. A week later, I was sent to the Sixth Battalion, who were stationed at a large mixed army and air force camp in the desert. While I was at Bir Selim, however, I did finally manage to take a very quick look at Jerusalem.

After plaguing the life out of “Slapsy”, I managed to get myself chosen for the unpleasant job of escort for a comrade who was going to spend two weeks in the military prison at Jerusalem for having left the camp by himself and without arms. Thus, maybe for an hour, I was able to feast my eyes on the white buildings of this modern, hilly city, where it is so warm during the day, and on occasion remarkably chilly at night. I also went to the top of the tower next to the YMCA for a quick panoramic view of the surrounding country.

Unfortunately we had to return to camp almost at once. The Old City with its Wailing Wall, its narrow alleys dating back to biblical times, and its religious shrines remained a mystery to me. In fact, I had to wait thirty two years, until 1978 before I finally returned to Jerusalem, saw all these things, and many more, and touched the wall of the Temple – “The Wailing Wall” – which had been the focus of so many Jewish dreams-in-exile over two thousand years.

The main memory of our trip to Jerusalem was the bullying manner in which my prisoner was received into the military prison – being pushed through the entrance at the double. As he disappeared, I had a glimpse of other soldiers doubling around the interior square in heavy packs in the hot sunshine and to hoarsely barked commands by the military police who seemed to be in charge.

On the road back to the camp, a lorry piled high with watermelons was rattling along in front of us, and we in our truck decided to pass it. As we drew level, we stood up in our own open vehicle, and each one of us grabbed a huge, juicy watermelon from the lorry. That day the road from Jerusalem to Sarafand was strewn with pips and watermelon rind.