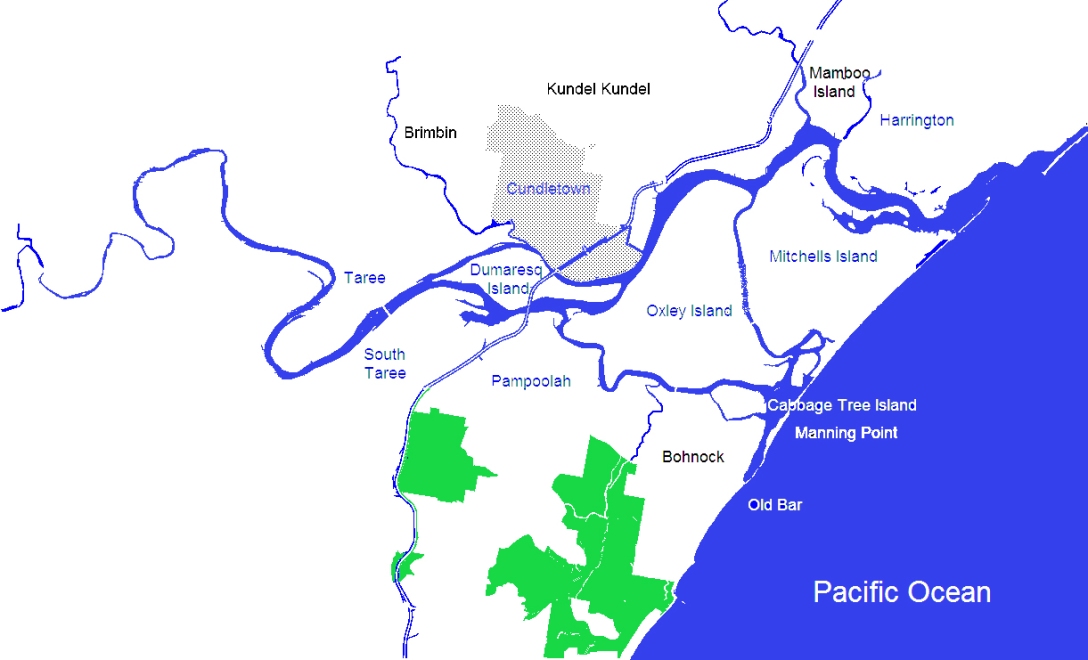 When I arrived in Wingham, the School of Arts had just been taken over by Council as a public library. There were about five hundred books in it of the “Zane Grey” and “Ruby M. Ayres” type. Twenty-one years later we had a rebuilt and enlarged premises with fourteen thousand volumes of fiction and non-fiction covering every possible aspect, and the majority of these volumes I had chosen myself. Even the rather élitist Library Board had to admit that with our limited resources, we were providing an exceptionally good public service.

With regard to our road plant, we slowly increased it until we owned a large range of the most modern machinery, and by this we increased the scope of our work enormously.

We established an industrial subdivision near the Sporting Complex as well as purchasing land near the Wingham Cemetery and subdividing it for industrial purposes. In this latter area we sold twenty acres to Angus Nugent and Sons Pty. Ltd. for one dollar to bring their tannery from Sydney to Wingham. We then subdivided the balance of the land and sold the blocks at such prices as to recoup our original expenditure. We made the tannery loans under the decentralisation legislation and the Local Government Act, and today they have a very large and viable business, which employs between fifty and sixty people.

We lent thirty per cent of the cost of establishing a factory to R. L. Child and Son Pty. Ltd., manufacturers of hydraulic hose fittings, to relocate part of their Sydney operation to the industrial area next to the sporting complex. They currently employ thirty-five persons, and if the business prospers, they have sufficient land to enlarge their factory four times over. I was pleased by a remark made by the managing director and reported in the local press that he was particularly grateful to the Town Clerk for all his help. Talk is cheap, we all know, but it was rather nice to have one’s efforts acknowledged just once.

The establishment of these industries in Wingham might seem small beer by city standards. But one should remember that in a small country town two new industries employing the best part of a hundred persons with the promise of more means an enormous boost to local prosperity. Another point is that for each industry we succeeded in getting established, the best part of a dozen might have made inquiries, taken up time, raised expectations, then simply vanished.

In the early days in Wingham, I was one of the founders and secretary and general organiser of “The Wingham Dramatic Art and Musical Company”. We put on some shows of really professional quality, and I am sure Patricia and Peter remember taking part in “The King and I” and other shows. By this means we also raised enough money to build a home for a refugee family whom we brought to Australia from a camp in post war Europe. With this effort we actually put Wingham on the front page of the Sydney Morning Herald, which I always thought was no mean feat. The family did not entirely co-operate the way we had hoped, and the thing turned rather sour at a later date, but that was not our fault.

We underwent three amalgamation inquiries in Wingham between 1968 and 1979. We fought them all tooth and nail and won the first two. But we lost the 1979 one, and despite mass demonstrations in Sydney at the Town Hall and outside Parliament House by over two thousand people who had travelled especially from the country to protest against a number of proposals, Wingham ceased to exist as a separate entity as from 1st January, 1981. From that date, the Municipality of Wingham, the close-by Municipality of Taree and the surrounding Shire of Manning (less the Tuncurry and Nabiac areas) became known as The City of Greater Taree.

So, in August, in the year of our Lord one thousand nine hundred and eighty one, it is nearly time to bring this account of a small segment of my family history to a close. Irene and I live in a modest three bedroom brick veneer cottage with a double garage underneath. It overlooks the Manning River at Cundletown, just out of Taree on the mid north coast of New South Wales. We moved here twelve years ago, causing quite a stir in Wingham at the time, for the close-knit population did not fancy the idea of their chief administrative Council servant shifting to a rival town. However, now that I am working at the Council offices in Taree, it is very convenient.

Our children are grown up, and I am pleased with all of them.

Patricia gained her General Nursing Certificate at the Royal Newcastle Hospital. After travelling to Canada, to her grandfather in London, France, North Africa, Spain and a kibbutz in Israel, she returned to Australia. More study resulted in passing her Midwifery training, to become a double certificate registered nurse. Irene and I were very proud of her for this effort, first because it demonstrated her perseverance and dedication, and secondly because always, throughout her life, she would have a profession to return to in case of necessity. Moreover, to be a good nurse is a help to being a good mother. Patricia upgraded her nursing qualifications and subsequently received the degree of Bachelor of Health Science, Nursing at the Catholic University in Sydney.

Patricia married Raymond in 1975. Ray comes from old pioneers of the Newcastle district on his mother’s side. On his father’s side, he comes from mixed German and apparently Cherokee stock.  His German grandfather had emigrated to Canada and had married a full bloodied Cherokee woman, who was one of Ray’s grandmothers. This lady had travelled a long way from Georgia and North Carolina, the homeland of the Cherokee Indian Nation up to the 1830’s. The Cherokees of that day were highly successful farmers who competed vigorously with the white man in the agricultural area. So the American army under government orders dispossessed them and drove them westwards. Their prosperous farms were then stolen by the white settlers.

The Indian “Removals” were begun by General (later President) Andrew Jackson, also known as “Old Hickory” because of his hardness of character. They were continued under President Van Buren. The Cherokees were forced to vacate their comfortable homes at a moment’s notice. Soldiers then drove them mercilessly on a long winter’s march across the western plains to Oklahoma. During this terrible march when the icy winds began to blow down from Canada one quarter of the Cherokee Nation perished. The brutality of this North American forced exodus was repeated on a larger scale a century later by Hitler’s systematic concentration and murder of the Jews of Europe. I sometimes think that our grandchildren have a double injection of refugee blood. Perhaps with this they may be doubly endowed with the will to survive.

Peter took up a Teacher’s Scholarship at the University of Newcastle. With the proceeds of this scholarship and by working shifts at the Newcastle works of BHP, he put himself through the University, obtained a Bachelor of Arts degree, and became a schoolteacher with the New South Wales Education Department. I should be remiss not to record that my father was in Australia when Peter received his degree and was enormously proud to be present at the ceremony in the Great Hall of the University. So were Irene and I.

Peter married Margaret in 1978. Margaret’s background is interesting. She traces her ancestry to a soldier of the First Fleet, and to convicts and soldiers who arrived very shortly afterwards from England, Scotland and Ireland. So within one generation my family, from being very new Australians, related to nobody, became old Australians related to many.

When Christopher left school, he struck an unfortunate patch. He had matriculated from High School and might have gone to University, but graduates were finding it difficult to get jobs. Indeed, everybody was finding it difficult to get jobs, and a recession of frightening proportions stalked the land. School leavers were major victims, and once having failed to get work, found themselves even more disadvantaged the following year when more school leavers competed with them for insufficient jobs. Meanwhile Mr Malcolm Fraser, our millionaire Prime Minister of the time, well insulated by his inherited capital, his politician’s high wages, non-taxable allowances, free overseas trips and princely superannuation, was telling everybody that “Life was never meant to be easy”.

So Christopher had to get a job forthwith, and any professional studies he took up would have to be done part time.

Christopher found a job with the Government Insurance Office of New South Wales at their headquarters in Elizabeth Street, Sydney, where he is working hard and saving his money, the classic formula for financial success. Irene and I have confidence in his intelligence and ability. Christopher studied for and obtained appropriate qualifications in the Insurance business.

My father used to say to me that if a man had good children, he was rich. It was a precept with which I agreed entirely.

By these standards, Irene and I are indeed rich. For we have three fine children who, we know, will bring up good children in their turn.

The grandchildren are, of course, a wonderful additional bonus. They are our future, our posterity. We hope that they make good marriages as time goes by and have good children in their turn. May they have health and happiness. If they have these they will acquire a sufficiency of wealth to meet their needs.